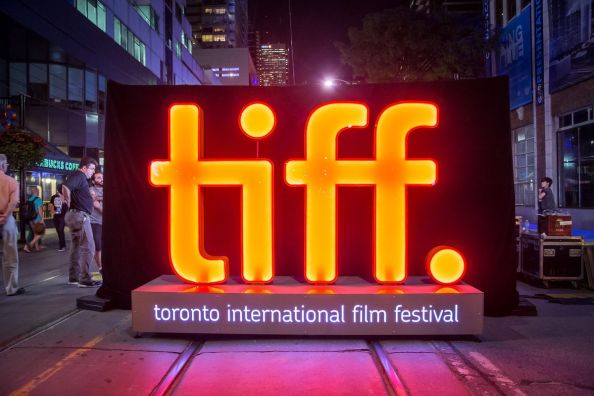 As always, Scandinavian films are well represented, thanks to the great film talent that exists in Norway, Sweden, Finland, Denmark and Iceland. Let’s roll out the red carpet.

The powerful new film by Hlynur Pálmason (Winter Brothers) opens with an old Icelandic saying: “When the earth and sky unite and everything is white, there is no difference between the dead and the living.” On one level, this aphorism poetically describes the thick mists that can suddenly, almost magically descend upon the country’s rural areas; on another, it describes the mental state of the film’s hero, Ingimundur (Ingvar Sigurðsson), a police officer on bereavement leave after the sudden loss of his wife (Sara Dögg Ásgeirsdóttir) in an accident. As his world literally falls apart around him (he keeps tearing down and rebuilding the house he was working on when the accident occurred), Ingimundur searches for someone to blame. He zeroes in on a neighbour whom he suspects may have had an affair with his wife, but his pursuit of vengeance winds up endangering those nearest to him, most notably his young granddaughter (Ída Mekkín Hlynsdóttir). 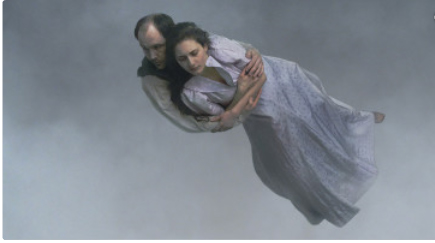 One of cinema’s most revered artists, Roy Andersson has created a peerless and influential body of work with films like Songs from the Second Floor, You, the Living, and A Pigeon Sat on a Branch Reflecting on Existence. Utilizing a trompe-l’oeil technique and constructing his films as a series of eerie vignettes, Andersson makes films with a singular, haunting atmosphere. His somnambulant characters float ghostlike through the detailed landscapes he and his teams construct — afraid to engage with one another or lost in grief, confusion, and metaphysical angst — with scenes often culminating in absurdist, awkward humour.

Jorunn Myklebust Syversen’s disturbing second feature Disco looks at contemporary Christian cults through the eyes of teenaged Mirjam (Josefine Frida Pettersen, from the international hit series Skam). The film opens during a dance competition, where Mirjam is favoured to win. But the atmosphere isn’t about the pleasure of dance or movement or the music. It’s about frenzied sexuality and the various competitors’ desperate need for approval. (The effect of the scene is a lot like sticking your head in a pinball machine.) Mirjam’s need is stoked by her mother — whose brother is a very prominent pastor — and by her stepfather, who runs the church she essentially competes for. 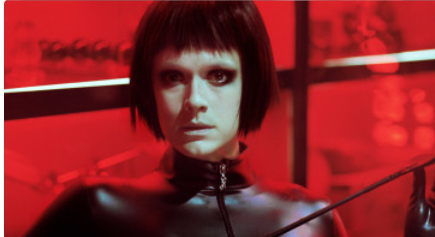 A guilt-stricken widower discovers that a demanding dominatrix might be able to give him the therapy he needs, in The film begins during a bucolic cottage sojourn for surgeon Juha (Pekka Strang), his wife, and their young daughter Elli. Tragedy strikes almost immediately, as Juha’s wife drowns in a fishing net he had carelessly left out. Years later, Juha, still struggling to deal with his sadness and regret, is teetering on the brink of a complete breakdown. When the now-tween Elli (Iloni Huhta) orders him out of the piercing salon where she’s getting a tongue stud, he stumbles into a dominatrix’s studio next door, where he finds a salve for his guilt in the person of Mona (Krista Kosonen), a demanding mistress who is as eager to punish Juha as he is to be punished. Things spiral out of control as Juha grows increasingly reckless, even suicidal, and it becomes alarmingly clear that neither he nor Mona know how far they are willing to go.

Anja (Andrea Bræin Hovig) and Tomas (Stellan Skarsgård), the principals in Maria Sødahl’s moving Hope, adore their careers in dance and theatre. Their blended family structure is complicated, with two young sons and an adolescent daughter from their own union and two adult children from Tomas’ marriage. Returning home after the triumphant international debut of a ballet she directed, Anja finds Tomas is working late, a galling abnegation of responsibility in her eyes. Then her physician gives her a dire diagnosis: she has an inoperable tumour that may be connected to the lung cancer for which she was successfully treated the previous year.

Orphaned at a young age, Salome (Satu Tuuli Karhu) was “rescued” by Maria Åkerblom (Pihla Viitala), a charismatic seer who claims that God visits her in her dreams, and who has gathered a coterie of devoted followers around her in a well-appointed rural farmhouse. Her sect has become so notorious that it has been targeted by both religious and political leaders, but Maria’s hold on her acolytes is so powerful she can convince them to do anything — even attack those prominent figures who threaten them. Life in the cult is all Salome has ever known, but when she accompanies Maria on a trip to town, she’s introduced to a far less repressed existence. When she meets the wised-up Malin (Saga Sarkola), who quickly sees through Maria’s ruses, Salome is inspired to question her leader’s teachings for the very first time.

My Life as a Comedian (Swedish)

Few films examine the heartbreak of early adolescence with the nuance of Rojda Sekersöz’s powerful My Life as a Comedian, adapted by writer Jonas Gardell from his own bestseller, a kind of Swedish Catcher in the Rye. The film is told in flashback by comedian Juha Lindstrom, widely trumpeted as a defender of the downtrodden, reflecting on his youth. The subject of his latest sold-out show is growing up in 1970s Sweden, when it was lauded as an ideal state, and ABBA and Borg were on top. But for class clown Juha — resented for his attention grabbing and his Finnish ancestry — life sure doesn’t feel perfect. He only escapes bullying because others are considered weirder: Thomas, the geeky German kid whose father is absent and who is being raised by his awkward, desperate-to-fit-in mother; and Jenny Li, who was adopted by the family across the street.

A startling, nightmarish revisionist variation on themes from fairy and folk tales, Daniel Joseph Borgman’s Resin focuses on a family of hermits who reside on a remote island. The family — father Jens (Peter Plaugborg), mother Maria (an unrecognizable Sofie Gråbøl), and daughter Liv (Vivelill Søgaard Holm) — lives off the land, with little or no contact with anyone, save periodic visits from the mailman, whom Jens always chases off. It soon becomes clear that the parents’ desperate determination to separate themselves from others has as much to do with paranoia and mental illness as their desire to remain close to nature. All of Jens’s lessons for Liv adamantly insist on the spiritual and moral failings of anyone from the wider society. But Liv is naturally curious and it’s clear that she will not accept being isolated for long. Her nightly “hunting trips” are really raids on nearby homes; attempts to experience and engage with the outside world.

The co-op system in Iceland arose in the early 20th century as a response to Denmark’s centuries-old monopoly on trade; however, in many instances, these supposed mutual-aid societies grew to be as exploitative as the system that preceded them. In The County, Grímur Hákonarson — whose 2015 film Rams won the top prize in Cannes’ Un Certain Regard section — tells a powerful David-and-Goliath tale about an independent farmer whose defiance of her local co-op brings her face to face with its sinister underside.

This site uses Akismet to reduce spam. Learn how your comment data is processed.